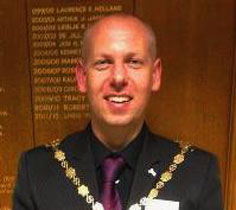 On the 23rd June, Seaford Mayor, Anthony White, hosted the Seaford Mayor’s 2nd Garden Trail, where 9 gardens in Seaford were open to the public.

Seaford Down’s Syndrome and Special Need Support Group, along with Seaford’s Waif’s and Strays Dog Rescue, are the Mayor’s chosen charities to be beneficiaries of the day. The event raised a fantastic £2001. We had an information table at Cosy Cottage and our host has created a treasure hunt, with prizes, for any children that come along.

The event, kindly sponsored by Pomegranate, the event was opened by the BBC South East Today’s presenter Natalie Graham at 11am in the Driftwood garden along with newly appointed Seaford Mayor, Anthony White, Mayoress Luella Rolph and local MP Norman Baker.

There were some truly outstanding gardens and the whole event was organised by Geoff Stonebanks and Seaford’s new Mayor, Councillor Anthony White.

Nine gardens were opened to the public – four that have never been opened before.

We would just like to say a huge thank you to all those wonderful people who took part in the Mayor’s Garden Trail over the weekend.

Also to the great gardeners who created the fabulous gardens as their green fingers helped raise such an amazing amount!

Please go to www.mayorsopengarden.co.uk for more details of the Mayors Garden Trail.