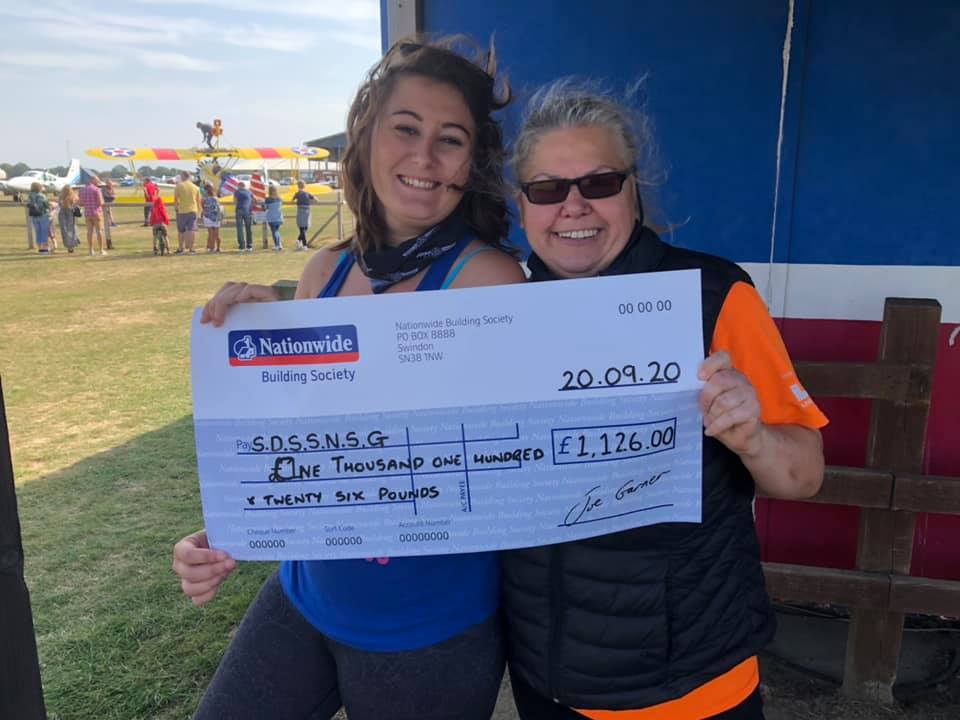 The current situation with COVID-19 has hampered a lot of fundraising opportunities for the group and our supporter until now.

Tracey (Twiggy) Martin (Nationwide and Cycle Seahaven) and Kirstie Forcey (Cycle Seahaven) decided to do something about that for their club’s nominated charity.

Fearless Tracey decided it was time to substitute two wheels for two wings and a propeller. The idea of a charity skydive had been born.

After a bit of “partner swapping”, Kirstie joined Tracey and the day was arranged: 20th September 2020.

On the day, conditions were perfect. Tracey, Kirstie and their support arrived at Headcorn Parachute Club and at this point, there was no escape!

After a safety briefing, the pair boarded the plane and ascended to 12,000 feet (just over 2 miles). Hearts racing, they readied themselves for the jump. Apparently, as they set into freefall, most of Kent could hear their colourful language, setting the instructors ears ringing. The instructor’s revenge was to spin the girl’s canopies, but still, they resisted being sick.

Thank you so much to both Tracey and Kirstie for throwing themselves out of an aeroplane to raise much-needed funds for us.

There’s still time to show your support on the Virgin Money Giving Page here: https://uk.virginmoneygiving.com/fundraiser-display/showROFundraiserPage?userUrl=TraceyKirstie&pageUrl=1 and remember to say “yes” to Gift-Aid, providing you are eligible.

Credit for the above details goto Cycle Seahaven and their infinitely better write-up at https://cycleseahaven.org.uk/big-boost-for-csh-nominated-charity/

Headcorn, the hosts for the Skydive can be found here https://www.headcorn.com/